and leave the other things that are less liked.  Same thing when i make my pasta
dish with bacon, if you are too late to dinner you get a little less bacon and more pasta.
One of the points Lewis made in the chapter called social morality:
“We have all departed from the total plan in different ways, and each of us wants to make out that his own modification of the original plan is the plan itself.  You will find this again and again about anything that is really Christian: every one is attracted by bits of it and ants to pick out those bits and leave the rest.  That is why we do not get much further: and that is why people who are fighting for quite opposite things can both say they are fighting for Christianity.” 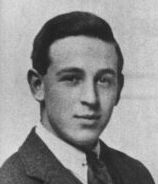 1919
The February issue of Reveille contained “Death in Battle,” Lewis’ first publication in other than school magazines. The issue had poems by Robert Bridges, Siegfried Sassoon, Robert Graves, and Hilaire Belloc. From January 1919 until June 1924, he resumed his studies at University College, Oxford, where he received a First in Honour Moderations (Greek and Latin Literature) in 1920, a First in Greats (Philosophy and Ancient History) in 1922, and a First in English in 1923. His tutors during this time included A.B. Poynton for Honour Mods, E.F. Carritt for Philosophy, F.P. Wilson and George Gordon in the English School, and E.E. Wardale for Old English.

During the summer, Paddy Moore’s mother, Mrs. Janie King Moore (1873-1951) and her daughter, Maureen, moved to Oxford, renting a house in Headington Quarry. Lewis lived with the Moores from June 1921 onward. In August 1930, they moved to “Hillsboro,” Western Road, Headington. In October 1930, Mrs. Moore, Jack, and Major Lewis purchased “The Kilns” jointly, with title to the property being taken solely in the name of Mrs. Moore with the two brothers holding rights of life tenancy. Major Lewis retired from the military and joined them at “The Kilns” in 1932.

W.T. Kirkpatrick died in March. Lewis’ essay “Optimism” won the Chancellor’s English Essay Prize in May. (No copy of “Optimism” has been found as of this date.)

chronological information from the C.S. Lewis foundation
Check out more with our very nice book club host, Sara Salter at Living Between the Lines.

The view from my front porch (in Pennsylvania) or back patio (in London) every morning, in 140 or fewer characters